Most of the Tramway Alliance’s track work, as well as street and civil engineering work, will be completed by the end of this year. The track has been built even faster than planned, and track work is ahead of schedule. Three quarters of the whole project is now completed and the project is progressing on schedule and on budget. 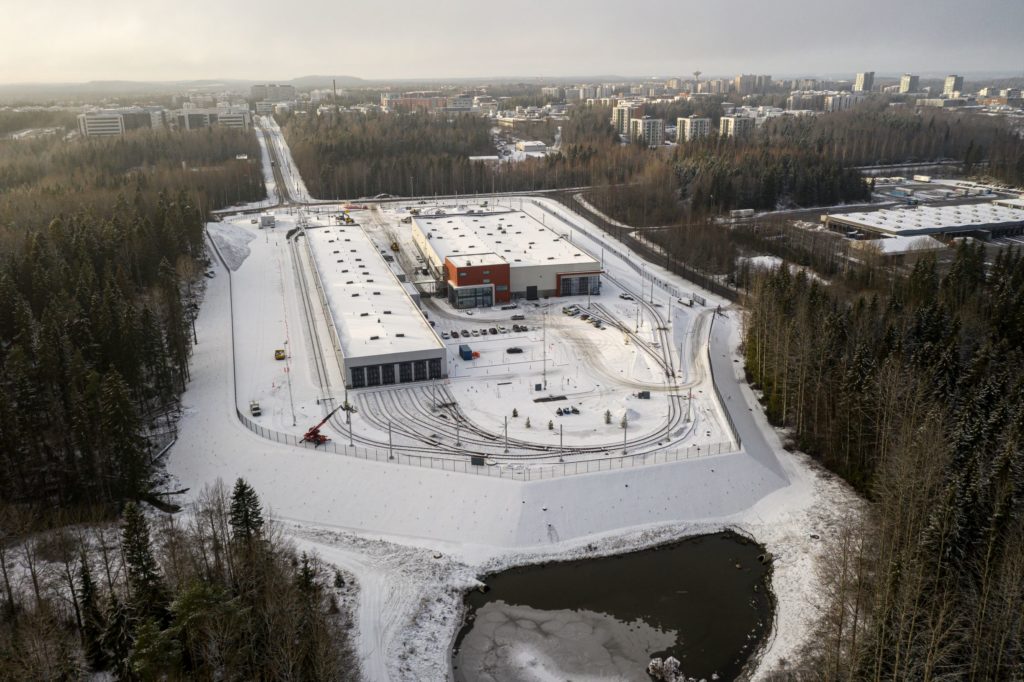 Track work ahead of schedule

Street construction work on Hämeenkatu is proceeding according to plan. This year has seen the completion of two blocks at each end of the street. The tramway construction on the Hämeensilta bridge will take place next year.

The year 2020 will see installation and finishing work of the electric track and other technical systems along the length of Section 1. The outfitting of the stops will continue, including benches, canopies and telecommunications.

Tampere Tramway Ltd continues working on the depot, installing workshop furniture and equipment needed for the maintenance and servicing of tram cars.

The track will be ready for test runs

The first prototype tram, assembled at the Skoda Transtech factory in the province of Kainuu, will arrive in Tampere in early 2020. Before entering the line, the tram car shall be subjected to service tests at the depot. Subsequently, the tram car will undergo test runs and other tests on the line section between the depot and Turtola stop in late winter. Later, the test runs will be extended further in accordance with the track section deployment plan and the progress of the installation of overhead lines and other technical systems.

The second tram car, which is also the first series produced car, is due to arrive in Tampere in late 2020. This will allow starting the technical test traffic on the tramway system. After that it is planned that the tram cars will arrive in Tampere at regular intervals so that commercial test traffic can start in April 2021 and regular passenger traffic on 9 August 2021.

In connection with the construction of the tramway, the Tramway Alliance will completely renovate the Hämeenkatu street in accordance with the street plans. This includes an overhaul of the sidewalks, underground utility lines and pipes, and street and event lighting. The Hämeenkatu sidewalk construction will be completed one block at a time, the last sections from Keskustori in 2022.

The project is proceeding as planned

The construction of the Tampere tramway Section 1 (centre–Hervanta–TAYS) is progressing on schedule and on budget. The project is now 73% completed. Sixty-four per cent of the allocated project time has been used.

The target cost for the implementation phase of Section 1 of the tramway, approved by the Tampere City Council in October 2016, was EUR 219.0 million. During the implementation phase, additions of EUR 6.8 million to the work content of the tramway and a cost increase of EUR 6.7 million attributable to the client have been approved. In addition, street construction (including Hämeenkatu, the south side of Sammonkatu) and water supply works related to the construction of the tramway have been ordered separately from the Tramway Alliance for a total of EUR 37.8 million. Following these, the new target cost is now around EUR 270.3 million. The progress of the work and the development of the cost can be tracked on the website of the City of Tampere and on the Tramway Alliance website. 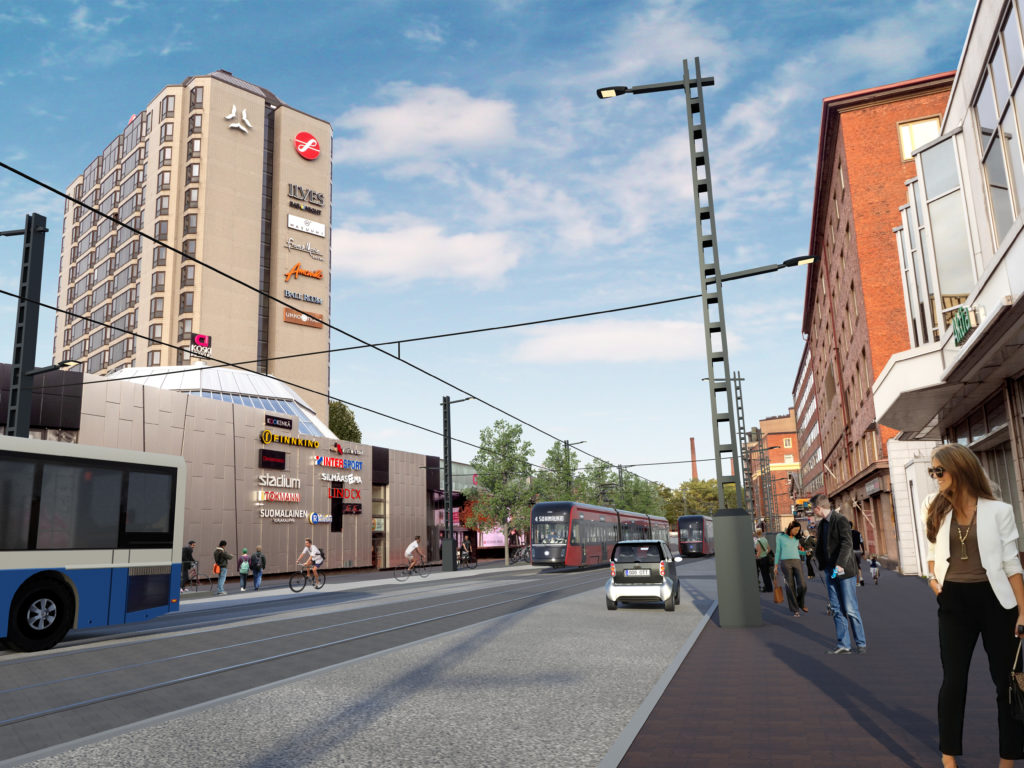 With the construction of the Hatanpään valtatie section, the tramway work in the city centre would be completed at once, which has also been the wish of the business community. A tram line from TAYS to Hatanpään valtatie and Sori Square offers certain advantages from the point of view of the traffic system.

The Tramway Alliance has prepared an implementation plan and set a target cost for the construction of the Hatanpään valtatie tram line for the section between Koskipuisto and Tampereen valtatie in accordance with the street plan approved by the community board of the City of Tampere. Construction is to be carried out as before using the alliance model.

The Tramway Alliance also continues the planning process for Section 2 (centre–Lentävänniemi). The aim is for the Tampere City Council to decide on the construction next autumn.

Status of tramway and street construction of the Tramway Alliance in November 2019: