News New survey: Tampere Tramway is more popular than ever

Tampere Tramway Ltd has surveyed the opinions and attitudes of Tampere residents regarding the tramway in a consumer study. The survey was carried out for the third time, and it revealed that the number of people with a positive attitude towards the tramway has increased by up to 10% since last spring. 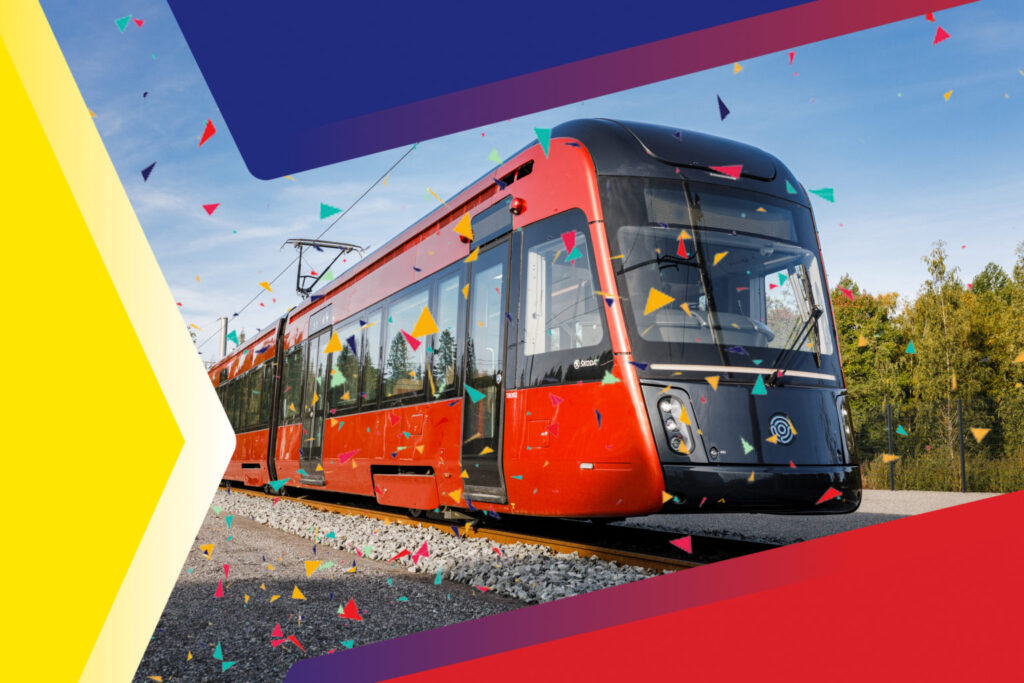 The popularity of the tramway continues to rise

The Tampere Tramway consumer study carried out by IROResearch is a follow-up to the monitoring study performed in April 2019. The latest survey revealed that the number of people with a very positive attitude towards Tampere Tramway has increased by 5% in comparison to the 2019 study. All in all, 72% of Tampere residents have a very positive or somewhat positive attitude towards the tramway, which is 10% higher than the corresponding figure in April 2019. Only 14% of respondents felt somewhat negative or very negative about the tramway, which is 8% less than in the previous survey.

The most common reasons for a positive attitude towards the tramway is the fact that it will facilitate movement and traffic, reduce traffic jams and make traffic smoother in addition to reducing the number of buses and cars in the city centre. Other reasons include environmental friendliness and a positive impact on Tampere’s image.

– The survey results show that city residents’ approval of the tramway is increasing as construction progresses and the cityscape gets closer to its finished look. We’re working hard to ensure that the residents of Tampere get an outstanding tramway system, summarises Pekka Sirviö, CEO of Tampere Tramway Ltd.

Awareness of Tampere Tramway has increased

Interest in the tramway is also at a good level: in spring 2019, 73% of respondents were familiar with tram car design or interiors and this number was already 79% in this autumn’s survey. Up to 82% of respondents in the 2020 survey agreed completely or somewhat that Tampere’s future tram car suits the cityscape.

A total of 39% of respondents believe that Tampere Tramway will increase their use of public transport in comparison to 34% in spring 2019. There was a clear increase in the number of respondents who believe they will use the tramway more on a daily basis for journeys to schools and from home to the city centre. The estimate concerning daily use of the tramway for commuting to work and short journeys inside the city has risen slightly. According to the survey, the number of people who believe they will use Tampere Tramway at least once a week has decreased by 5% in comparison to the previous survey.

– Since last April, Tampere residents have received a lot more information about how the tramway will affect their own movement, and they are now better able to assess their tramway use in the future. This is visible in the fact that although people may not necessarily take the tram on a weekly basis, they still believe that it will increase their own use of public transport in general, explains Sirviö.

The requests of city residents are becoming reality

The most common requests and expectations that city residents have for the tramway include a joint ticket for the bus and tram, completion on schedule, cars that easy to get on and off, accessibility and low-floor cars, and well as low emissions and quiet cars. Timetables and transfer connections are also considered important: 62% of respondents believe that good transfer connections between buses and the tramway will significantly or somewhat affect use of Tampere Tramway.

These requests are now becoming reality. The low-floor cars designed in cooperation with Tampere residents are accessible, low-emission and they provide a smooth passenger experience. The tramway will also become part of the Tampere Public Transport (Nysse) product family, which means Nysse tickets can be used to travel on the tramway. Construction of the tramway system has remained on schedule and the test runs have proceeded as planned. Open trial traffic on Tampere Tramway will begin in April 2021.

The Tampere Tramway consumer survey was carried out by IROResearch Oy in September-October 2020 and it was commissioned by Tampere Tramway Ltd. The target group was Tampere residents aged 15-75. The sample size was 500 respondents and they were quota sampled for place of residence, gender and age group. The data was collected by means of computer-aided telephone interviews during the period 10 September-5 October 2020 at IROResearch Oy’s own telephone interview centre. The first Tampere Tramway consumer survey was performed in 2017.

Read a summary of the Tampere Tramway consumer survey (only in Finnish):

Tampere Tramway comes to Hämeenkatu and Pyynikintori for the first time