A full-scale model of Tampere Tramway was on display from 21–26 February 2019 in the Sorsapuistosali space at Tampere Hall. The event attracted over 15,000 visitors over a 6-day period.

Tampere Tramway will begin operating in August 2021. The public had the chance to see a full-scale model of the tram car in advance. The mock-up was on display for six days. This event allowed visitors to learn more about tram car details, even the cab, and get information about the tramline era in Tampere. The organisers were pleasantly surprised by the popularity of the display.

– We wanted to develop Tampere Tramway in cooperation with different municipal groups in order to ensure that the vehicle we bring to the cityscape is truly Tampere by nature. I’m so glad we’ve been able to give people the chance to see the tramway features in full size. Interest in the tramway project has been massive right from the start, but the huge popularity of the Mock-up Exhibition exceeded all our expectations, says a delighted Pekka Sirviö, CEO of Tampere Tramway Ltd.

The majority of feedback from mock-up passengers was positive and a lot of enthusiastic comments about the mock-up and the exhibition itself were heard during the event.

– The exhibition was a great opportunity for us to talk about the tramway functions and progress of the project. People were really curious about how the tramway will affect the city environment and genuinely interested in the design, colour and size of the tram car. Locals were especially pleased that Tampere will have a modern mode of transport. We even had a few opponents of the tramway tell us that they had changed their opinion, says Antti Haukka, a project manager in the City of Tampere’s Tramway Development Programme.

People also provided constructive feedback during the exhibition. For example, some were disappointed that their favourite colour had lost the vote on tram car colour, some criticised the amount of legroom, while others were unhappy about the location of their nearest tram stop.

– We think it’s important to provide the public with plenty of information about tramway design and traffic even at this early stage. We want to make Tampere Tramway as user-friendly as possible so that short and quick transfers inside the city operate smoothly. As is the case with public transport in general, the tramway spaces will be optimised for all user groups, and some of the technology will have to be hidden under the seats. We are grateful for all the feedback we receive because it will help us give Tampere the best tramway system in Europe, says Sirviö.

Seat fabrics, Tampere in 2030 and fine-tuning the art tram car were popular with visitors

During the event, the public had the chance to vote for the designer of the seat fabrics at the display and online. An open portfolio application process for fabric designers was held last autumn, after which a jury selected three designers to participate in the vote: Professor Emerita Helena Hyvönen, Designer (UAS) Laura Gröndahl and Artist Pasi Niininen. The jury will make the final designer selection. Public votes will count for 20% in the selection process. The name of the winner will be announced in early March. The public’s favourite designer will also be recognised.

In addition to the mock-up, visitors were also very interested in a 3D-printed model showing the Tampere city centre in 2030. After the event ends, the 1:1000 model produced by the City of Tampere’s Five-Star City Centre Development Programme will be moved to Galleria Nottbeck in the Finlayson area, where it will remain on display.

Another popular attraction was the activity point for children, where young artists could express their view of the art tram car that Tampere may have in the future.

The public will be able to see the mock-up again in April, when it will go on display at the Rollikkahalli building in Tampere’s Pyynikki district. More information about the Tampere Tram Mock-up Exhibition at Rollikkahalli will be provided later. 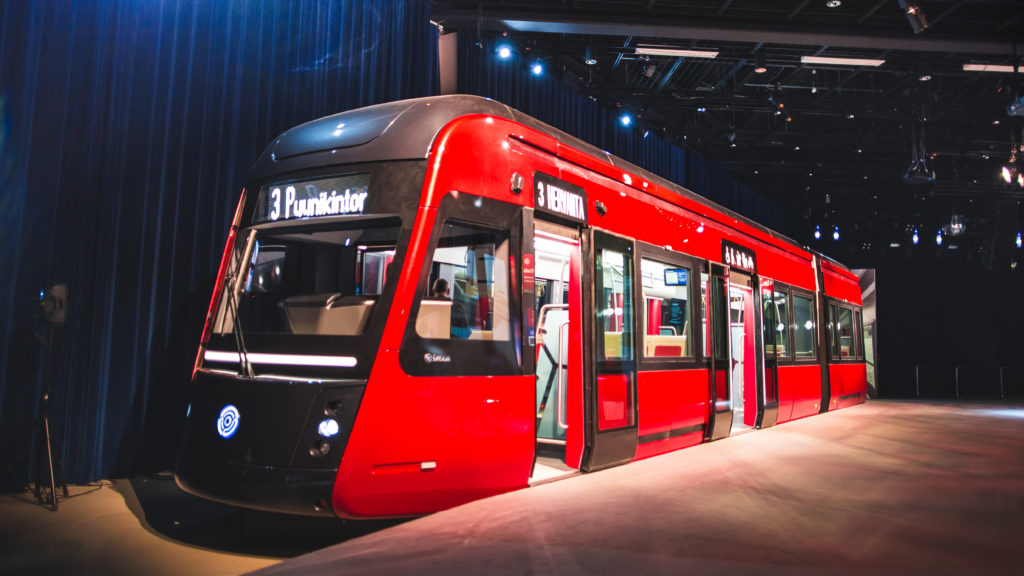 The mock-up of the Tampere tram car is 16,8 metres long. The lenght of the actual tram car will be 37,3 metres. Photo: Laura Vanzo, Visit Tampere Ltd. 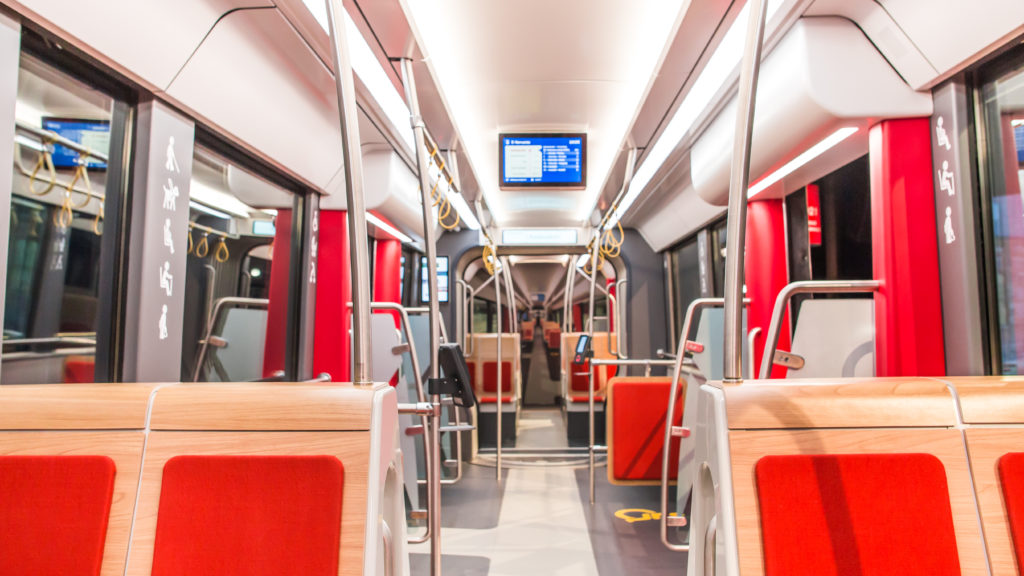